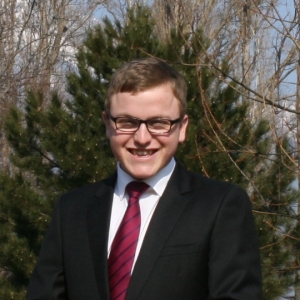 A Vatel Switzerland 2013 alumnus, Jean-Baptiste Melet fulfilled his dream: working in the prestigious Four Seasons hotel chain in a hotel located in Jackson Hole, Wyoming, USA. Another Vatelien who is open to the world and who is a brilliant success as the Floor Supervisor.

What made you want to work in hospitality?

When you’re trained in hospitality, you’ve got a fantastic future ahead of you: this is a global industry, jobs are guaranteed, you can discover new countries, cultures and incredibly enriching people. You’re encouraged to be creative and take initiatives. Work well done is rewarded with new responsibilities and you can quickly climb the corporate ladder.In addition to this, it’s a field where you can go from one department to another, as your interests change. After all this, I don’t see how I could have chosen any other field. Especially as I was raised in a family for whom sharing and welcoming others was evident. The house was always full of people.

Well, why did you choose Vatel then, instead of another school?

First of all, because I liked the idea of attending a Business School specialized in International Hotel Management and Tourism, rather than just a hotel school.

Then, because the values that my parents taught me to respect and Vatel’s values matched: altruism, being a good listener, flexibility, trust, loyalty, respect and serving others. All these values inherent in hosting people and hospitality.

And finally, the international outreach that Vatel has with its campuses all over the world and its network of 25,000 alumni, really clinched the deal. After the entrance exam and interview, I learned that I had been accepted in Vatel Martigny in Switzerland when it would open in 2010. For me this was a great opportunity and I was really proud to be a member of the very first class.

Did Switzerland live up to your expectations?

The three years that I spent there were enriching from several points of view and I’ve got unforgettable memories. This experience, which started out as being a professional one, little by little changed into a personal upheaval as time went by: it changed the way I looked at the world, others, and the workplace. I graduated fulfilled, enthusiastic and stronger than when  I began three years ago.  That’s how I measure professional and personal success.

You gained experience during your studies in different foreign countries. Which ones and what lessons did you learn from them?

I started off in Switzerland in a ski resort at the Hotel du Golf, a four-star hotel in Villars sur Ollon, Switzerland.  A family-owned 70 room hotel, with a Swiss chalet style, where I did my first year internship in F&B.

Then in Taiwan, in the Taiwan Silicone Valley, in an 800 room Sheraton Business Hotel, in the Front Office. After that I was accepted in one of the most beautiful resorts in the world, located in the Maldives, on a little island in the middle of the Indian Ocean, the Four Seasons Resort Landaa Giraavaru and its 102 villas. I did a Management Training program in the Rooms Division and then I had the opportunity of working in Sales & Marketing. And after that, as I wanted to take advantage of the four months without courses or internships in the academic year between 2nd and 3rd year courses, I worked with the teams in Vatel Bangkok as the F&B Supervisor.

When you go from a small ski resort, to a resort in the Maldives, then a Taiwanese business hotel and finish off with a restaurant in Thailand, you’ve got a 360° vision on the sector you want to work in. In each of these experiences, I was able to involve myself and see how each hotel was run on a daily basis, with its problems, its successes, its history and above all, its staff members.

What were your responsibilities at the Vatel Bangkok restaurant?

My job consisted in:

An exciting challenge, and a huge one also, because I had to prove myself as a Vatel student only 19 years old at the time.

This great resume opened American doors for you and you were hired at the Four Seasons Jackson Hole in Wyoming. Can you take us on a visit?

A resort located at an altitude of nearly 2,000 meters (over 6,500 feet), the famous Jackson Hole Ski Resort - in 2013 it was ranked the USA’s largest ski resort - and you can reach the slopes directly from the lift facilities. The hotel is a lodge type building, ten stories high with 124 rooms and suites as well as 32 residences. To guarantee top quality service, a staff of nearly 450 is employed in the various departments: Food & Beverage, Marketing, Sales, Accounting, Biology, Engineering, Conciergerie, Spa, etc.

Including yourself in Accommodations

There are 80 people working in this very multi-cultural department: USA, Mexico, Poland, the Philippines, Indonesia, France, it’s like all countries in the world are represented. The Accommodations Manager supervises them; there are three managers, five supervisors and the cleaning ladies and valets.

My jobs consists in supervising and evaluating, on a daily basis, the work done by everyone, controlling the rooms, floors and public areas by making sure that the Four Seasons standards are being complied with. I’m also in charge of making sure our guests are satisfied by our service and don’t need anything. This position represents exactly where I wanted to begin my career. Working at the Four Seasons after my Bachelor’s was one of my goals. As the youngest one in the team, it took me a while to get used to my new responsibilities. It’s not always an easy job to supervise people who have been doing their jobs for over ten years and who thus have much more experience than you do. However, I’ve got excellent relationships with my colleagues and because of this, I just love my job.

Moreover, the Four Seasons just transferred me to Washington DC, in the framework of their Task Force program.  I’ll be helping out at the Four Seasons Hotel Washington DC, in the Housekeeping department for a month and a half.  After that, I’ll come back here to Jackson Hole. I’m sure this will be a very rewarding experience from all points of view!

As a mid-term project, I’d like to leave my operational job and work more in a managerial job, or change my work environment by working in fields that correspond better to my personality: something requiring curiosity and creativity, guest relationships and organization.    And then in several years, if Four Seasons still wants to work with me, then I would like to work in an executive position. And if not, why not open a new Vatel School?

I’m only 21 years old and I’ve already had the opportunity of working in seven different countries, and also working for an international company plus I’m one of the Vatel Switzerland alumni network.

So, for students preparing their Bachelor’s or Postgraduate degrees: take advantage of everything you can! I hope you’ll all be as fulfilled as I am and have as much joy and success as I did when I was a student. Make sure that you’ve made the right choices and don’t be afraid to work hard to get the maximum number of experiences and expand your skill sets, so that when you decide what you want to do after your Bachelor’s degree, you’re sure that it’s exactly what you want.

Read more
Press Books
Find your course in 3 steps Request the brochure Send a message
Vatel serves cookies to analyse traffic to this site. Information about your use of our site is shared with Google for that purpose. Read moreOK